Hey, that’s one way to do email 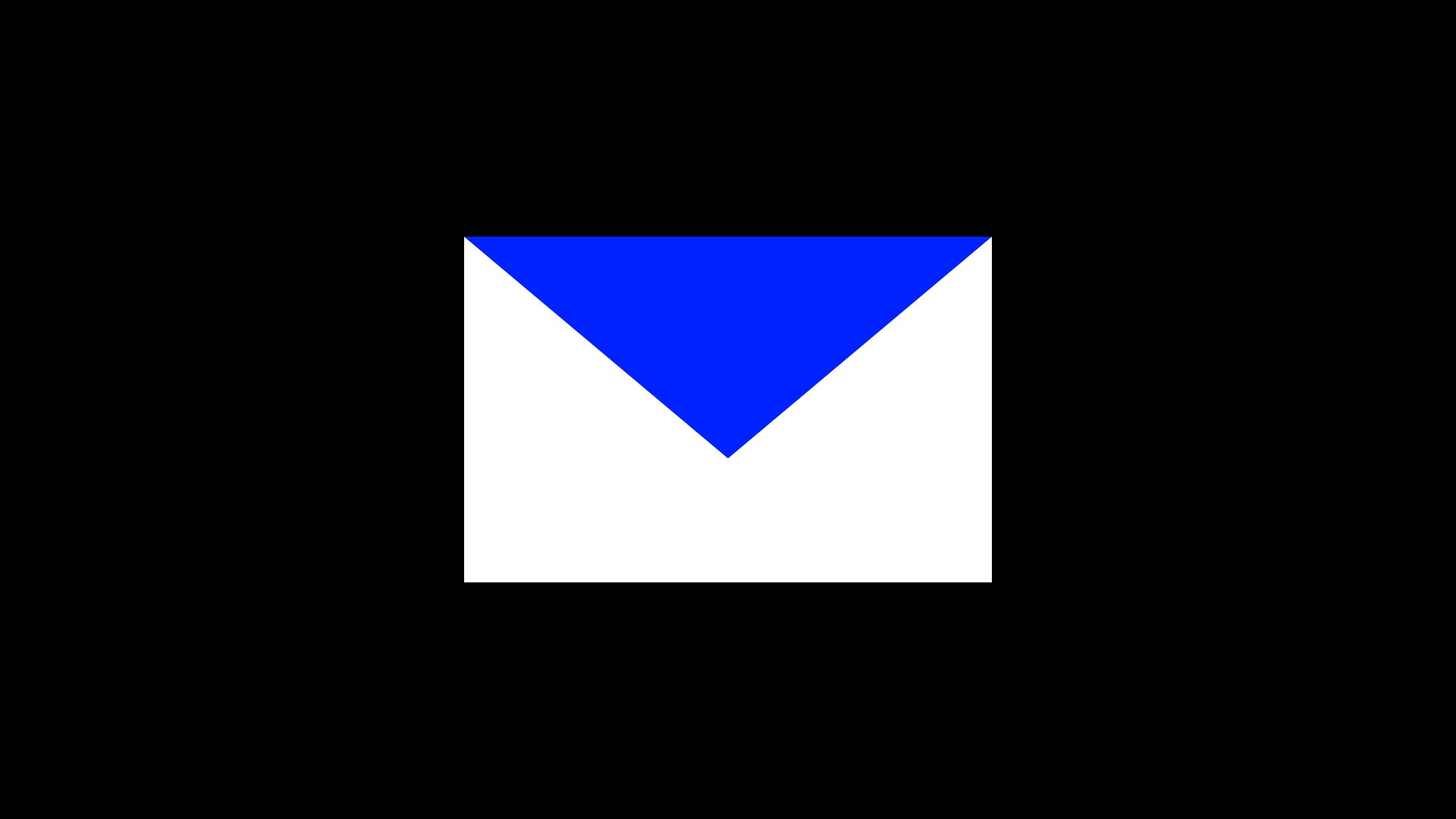 I’ll let you into a little secret. I f***ing hate email. Don’t get me wrong, I understand and appreciate its rise to ubiquity, but there is so much about it I dislike.

Whether it’s the fact that most marketing emails still rely on HTML tables, just like they did in the 90s, or that single line conversations can exponentially bloat into a colossal tome simply by the recurrence of an email signature with a legal disclaimer postscript - there’s a lot to despise.

Over the years there have been a number of companies that have tried to develop products aimed at “fixing” some or all of these issues. One of my past favourites was Mailbox and it seemed like I wasn’t alone. It was in March of 2013 when the pre-release of Mailbox grew a waiting list of over 380,000 eagerly drooling participants, keen to see the next generation of email management. I finally felt “seen”.

While Mailbox didn’t really touch the underlying structure of email (although they were doing some fancy server-side business with Google and iCloud APIs) the product aimed to fix the interaction layer between the email and the user. The high-level idea was to take the inbox and turn it into a to-do list. It used swiping in new and innovative ways at the time, turning email triage into a more fluid and natural set of actions to get you to inbox zero. I was a big fan.

Sadly, it wasn’t long before Dropbox came along, bought, and subsequently killed Mailbox, turning all my hopes and dreams from seen, to has-been. Cold, Dropbox. Damn cold.

It wasn’t until 2020 when my email loins stirred once again as Jason Fried and the team at Basecamp publicly claimed, “Email sucked for years. Not anymore — we fixed it.“

So here we are, 7 years on and there’s a company claiming to fix email with a new product. Sounds the familiar, right? Well it should do because there seems to be a number of things that are the same. For example, emails hit server-side first, but rather than optimise for speed, they optimise for privacy by removing pesky tracing pixel images.

As of writing, using Hey can be quite slow in my experience, especially when rendering marketing emails in The Feed.

Other similarities include the heavy focus on workflows. For Mailbox, the main workflow was around turning emails into to-dos. Hey is more about streamlining the workflow so actions taken are more meaningful.

When Hey was launched I was all over it. I couldn’t hand over my $99 quick enough. There are features in Hey that really excited me. The ability to screen emails before even hitting the Imbox, being able to clip or comment on emails for personal reference, and my personal favourite - changing subject lines from Re: Re: Re: Re: Garbage subject to Ah, I actually know what this email thread is about. It’s absolutely clear that the team at Basecamp really thought about the Jobs and introduced some really elegant ways of solving them.

What’s fascinating is how the passage of time has influenced the focus of these email products. In 2013, Mailbox was an email client that plugged into iCloud and Gmail and helped you achieve inbox zero. Contrasting in 2020, Hey is the complete proprietary email service and client built to embrace an ever-flowing inbox that never reaches zero.

I have used Hey for a few months now, and I can totally understand that most of the features aren’t possible without the combination of service and client, and I’m ok with that. There is great parity of experience regardless of whether you’re accessing Hey on iOS, the Mac app or the web app. It all feels cohesive and I enjoy using the features. However, the love seems to be fading and there are a couple of reasons why.

I totally appreciate what the Basecamp folks are trying to do here, and for some I think it will be a game changer, but I for now I will leave it behind and here are a few reasons why.

My work emails use G Suite, so Hey is for my personal emails only, and the plain is I don’t receive enough of them to warrant some of the features. There’s absolutely no point in me carving out time in my day to address all my replies in one go because it could be days, or even months between emails from actual humans. My personal inbox is populated mostly by receipts, delivery notes, and marketing emails and don’t warrant a response - unless the Covid isolation has gotten to me and I just need to talk to someone new, even if it is the Argos Campaign Monitor account.

Due to the lack of emails from “people”, I’ve actually come to realise that I cherish inbox zero. I feel it’s completely attainable for me and any emails that are in my inbox are there to be actioned. Even looking into my Hey account from time-to-time I see emails just sitting there from a few months ago that need no further action, but they are staring at me because I haven’t got the guts to delete them. I could try and process them in some way, but I get more stress from knowing that Hey doesn’t want me to do anything with them. It just wants me to “let them be”. Eye twitches maniacally

I dig the fundamentals of The Feed but I am not comfortable with marketing emails sitting in my feed in perpetuity informing me of a 50% off promotion that I missed a few months ago. That said, I took inspiration from the feed and implemented it in my own way.

One of the bonuses of having The Feed is that it automatically collects emails in a different tab, removing the noise from your inbox. I took this principle and applied it to my own iCloud email account. While I know the Apple Mail web interface needs work - actually A LOT of work - I used some of the Rules functionality to redirect any marketing emails to its own folder. This means that any specified email I choose will be redirected server-side and never hit my inbox. I am then free of all email notifications and I visit that folder to either review the emails, or if I decide I don’t want to be marketed to right now, I can select all and delete them all in one fell swoop.

Ultimately, I love it when these types of ambitious products come along. I try and support them where I can, and in the case of Hey, there’s still another 6 months or so on my subscription so I’ll be keeping a keen eye on features and product iterations. It’s important for these teams and ideas to exist to drive innovation, especially in the more difficult spaces to innovate because of their ubiquity. We’ve seen innovation in places like the banking and energy spaces where products built by much smaller teams have influenced larger, more prolific organisations and their products.

Email will no doubt be harder to influence due to its decentralised nature, but that doesn’t mean we shouldn’t try. All it needs are a few Designers and Product Managers on the Gmail team to be inspired by the work of Basecamp, and all of a sudden 1.8 billon Gmail users now have access to a new feature that turns old email practices on its head.

I wish the Basecamp team every success with Hey and I look forward to seeing further innovation and evolution over time. I would definitely consider moving back but if there’s one thing in all of this that causes pain, it’s the mishmash of methods for changing email addresses across different accounts, if the companies even allow it…but that’s a post for another day.

Thoughts on The Last Of Us Part 2 The long-awaited sequel to my favourite ever game is here and I have many thoughts about it. Warning: spoilers for both Part 1 and Part 2 follow.